Michigan Tech Research Institute (MTRI) and Toyota’s Collaborative Safety Research Center (CSRC) are undertaking a project to measure the RADAR and LIDAR signatures of deer to better understand the visibility of deer by existing sensors used in assisted driving and collision avoidance systems. These signatures will allow engineers to estimate performance of sensors, and provide design guidance for algorithm developers. 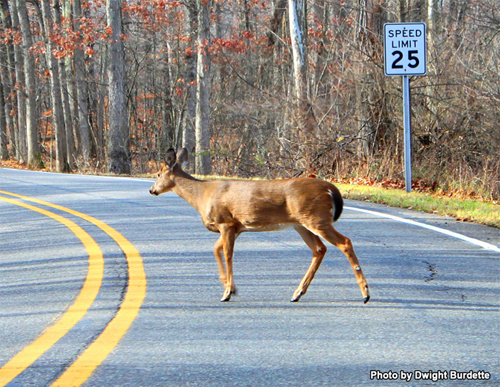 "While the state's two million deer are most active in spring and fall, vehicle-deer crashes are a year-round problem. Each year, there are more than 60,000 reported vehicle-deer crashes in Michigan. About 80 percent of these crashes occur on two-lane roads between dusk and dawn. The most serious crashes occur when motorists swerve to avoid a deer and hit another vehicle or a fixed object, or when their vehicle rolls over."
Michigan State Police Office of Highway Safety Planning

The measurements made by the data collection team, capture the deer standing alone, feeding, walking, running, doe with fawns, bucks grooming each other and deer in groups. These are used to develop statistical models of the returns from deer expected for automotive active safety systems. The models characterize the detectability of deer with the sensors and provide information fundamental for system design and algorithm development.

In the spring of 2014, MTRI collected hundreds of thousands of measurements of white-tail deer with the RADAR/LIDAR sensor suite. The W-Band RADAR is operating at 76.2 to 76.8 GHz and the LIDAR sensor is operating at 905 nm. The collection area contains calibration targets allowing the measurements to be compared against targets with known cross-sections.

Examples from the the spring 2014 simultaneous data collection are below. We vertically translated the scene for a 3D effect, using the RADAR, LIDAR, and a quadcopter for an aerial view. 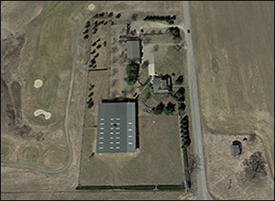 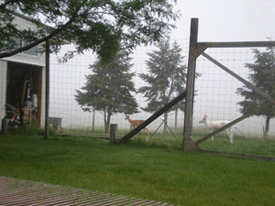 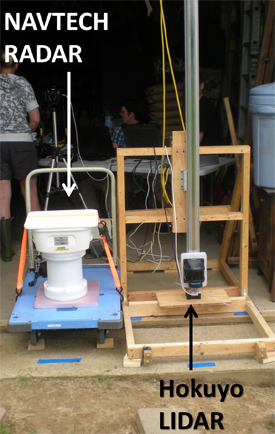 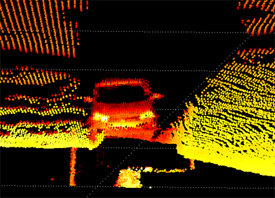