The Goal of the research is: To develop improved products for modeling and estimating fire emissions and implement an information system for disseminating this information to end users and decision-makers within the US. 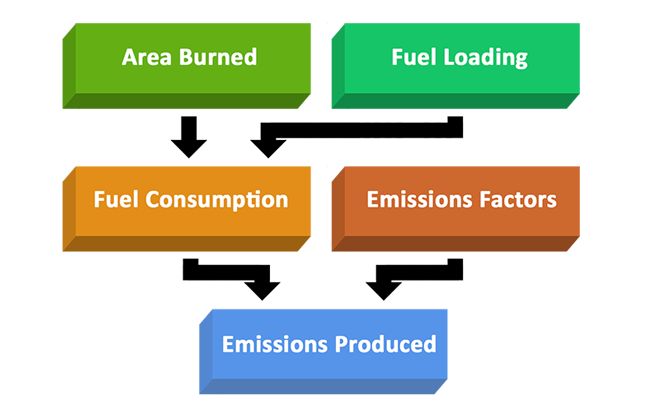 The information system provides access to data representing all four of the data layers needed for estimating fire emissions (see Figure 1). Information products are provided as GIS-based and tabular products at a 1-km cell-size covering the conterminous United States, and Alaska. The fuel loading maps have been improved for the US based on the procedure employed to map the conterminous US by Co-I McKenzie (McKenzie et al. 2007; McKenzie et al. 2012) Fuel consumption is estimated by employing the CONSUME fuel consumption model (Ottmar et al. 2007; Ottmar 2014). 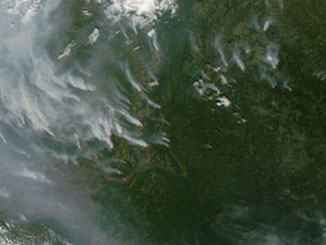