Lake trout rehabilitation has been an elusive goal in most of the Great Lakes despite stocking and habitat protection/restoration efforts. To restore self-sustaining Lake Trout populations to the Great Lakes, a better understanding of the characteristics of Lake Trout spawning sites is needed. To date, spawning grounds have been identified in situ using egg or fry traps, divers, remotely operated vehicles, and acoustic telemetry. However, the large geographic areas that these fish move through and utilize as habitat make the usefulness of such on-site techniques limited.

In collaboration with the Great Lakes Fishery Commission, MTRI conducted a feasibility study to determine whether commercial high-resolution satellite imagery can be used to identify spawning sites over larger areas. This effort was based on the premise that Lake Trout clean the submerged aquatic vegetation from the substrate as part of their spawning preparation behavior. These cleaned areas stand out visually from surrounding areas and may be discernible in satellite images. 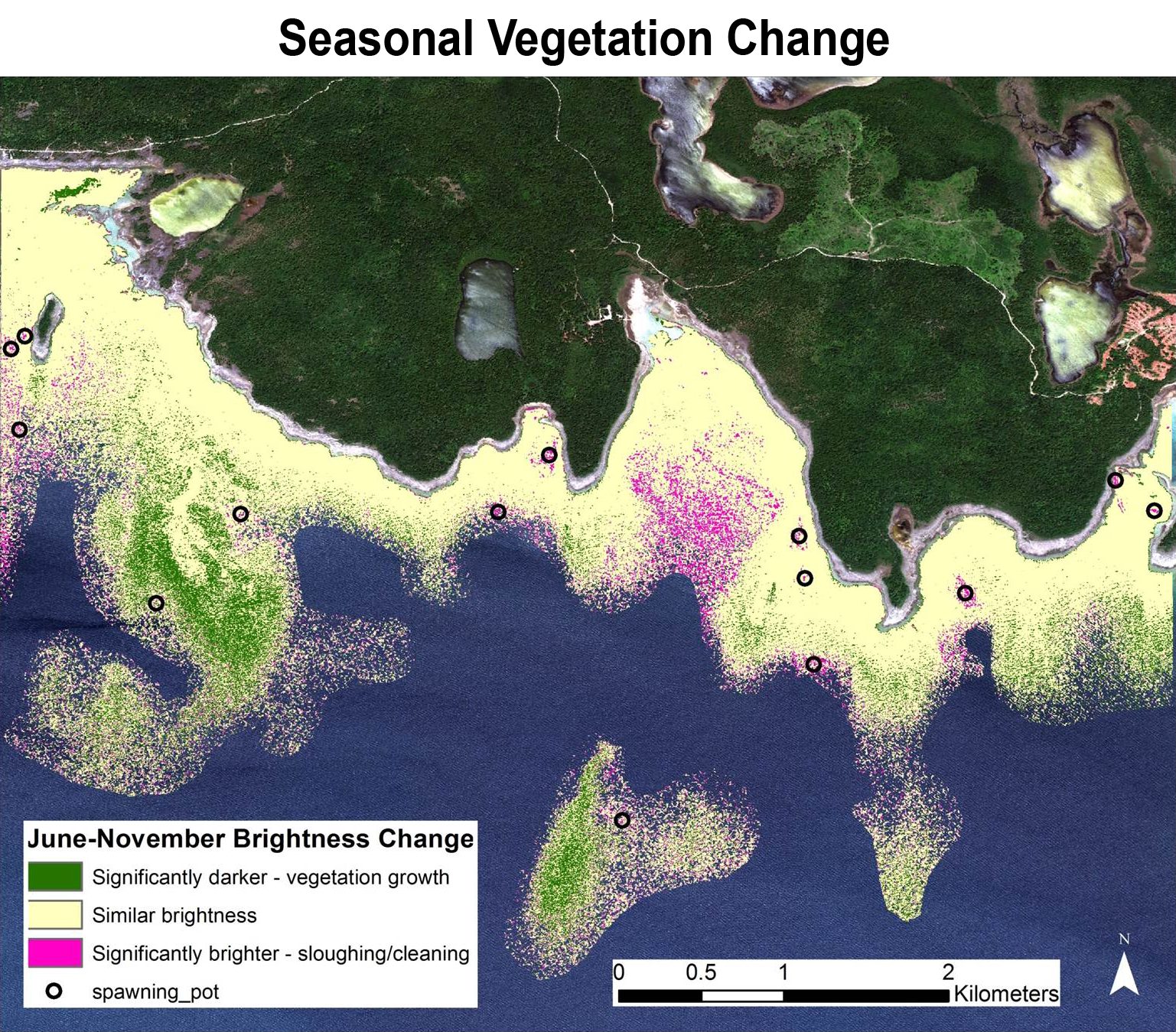 Figure above - Map of significant seasonal changes in benthic vegetation density in the study area in 2012 based on the depth-corrected brightness of green light reflected from the lake bottom substrate. Pink areas became brighter, likely indicating vegetation loss related to either sloughing (the likely cause of the large central pink patch) or the cleaning activities of trout.

The project team has confirmed that variation in the cover of SAV on rocky substrate within a known spawning area (the Drummond Island Refuge in northern Lake Huron) can be discerned from a commercial satellite image. Final steps included comparing pre- and post-spawning images to evaluate the potential of such imagery for mapping spawning sites using a combination of classification and change detection. Given the cost of commercial imagery and the high frequency of cloudy conditions in the Great Lakes, MTRI also tested the utility of color imagery collected with an unmanned aerial vehicle (UAV) for mapping spawning habitat. 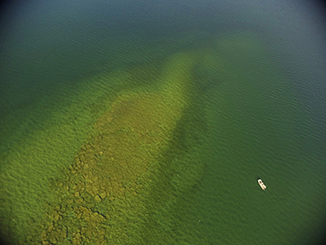 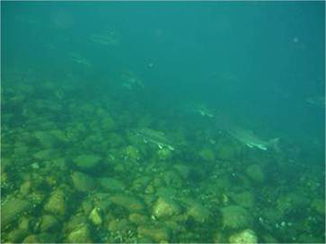 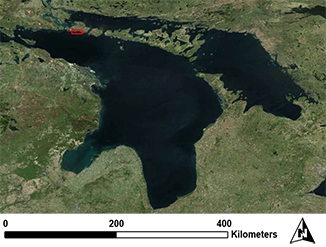 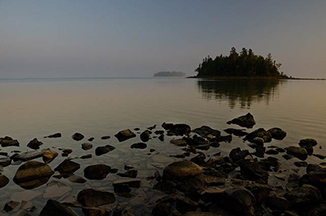