A cooperative project between the University of Alaska Fairbanks (UAF) and the Michigan Tech Research Institute (MTRI).

Under a cooperative project between MTRI and UAF, we have created a flexible and map-based Mineral Occurrence Revenue Estimation and Visualization (MOREV) Tool for existing and planned Alaska and Canadian railroads, including the proposed Alaska-Canada Rail Link. Estimates of carbon emissions for multi-modal shipping of mineral commodities are included in a flexible tool module.

MOREV uses existing high-quality geospatial data on metallic and non-metallic mineral resources, and other commodities for Alaska, Yukon, and British Columbia to estimate potential future revenues under pre-defined and user-generated scenarios within the existing and future railroad corridors in the region. With mineral occurrence information, it can be extended to other regions as well. 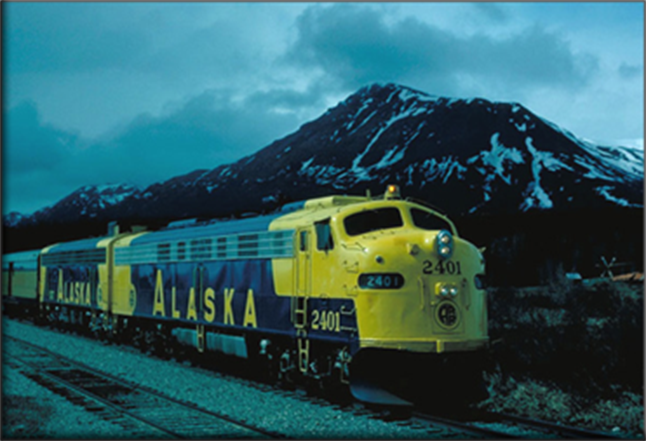 Above: The Alaska Railroad, part of the network, along with proposed ACRL routes, that the tool uses for a multi-modal shipping network for mineral and related freight.

Within the tool, users are able to select particular resource types and locations to retrieve what the estimated extractable resource amounts and associated revenue would be if an operational railroad existed nearby. Potential railroad routes can be displayed and customized by users to quickly evaluate the enhanced economic feasibility of currently stranded resources.

The revenue estimation equations and relationships underlying the tool are based on expert input from a wide variety of stakeholders in the Alaska-northwest Canada region. Present military and future national security usage, including natural disaster preparedness, of a trans-continental railroad system will also be also modeled. A web-mapping version of the tool to help users understand the tool’s functionality is planned. A site-specific version, for detailed, in-depth GIS-based analysis, is available by contacting Colin Brooks, Dr. Paul Metz, or Dr. Robert Shuchman. 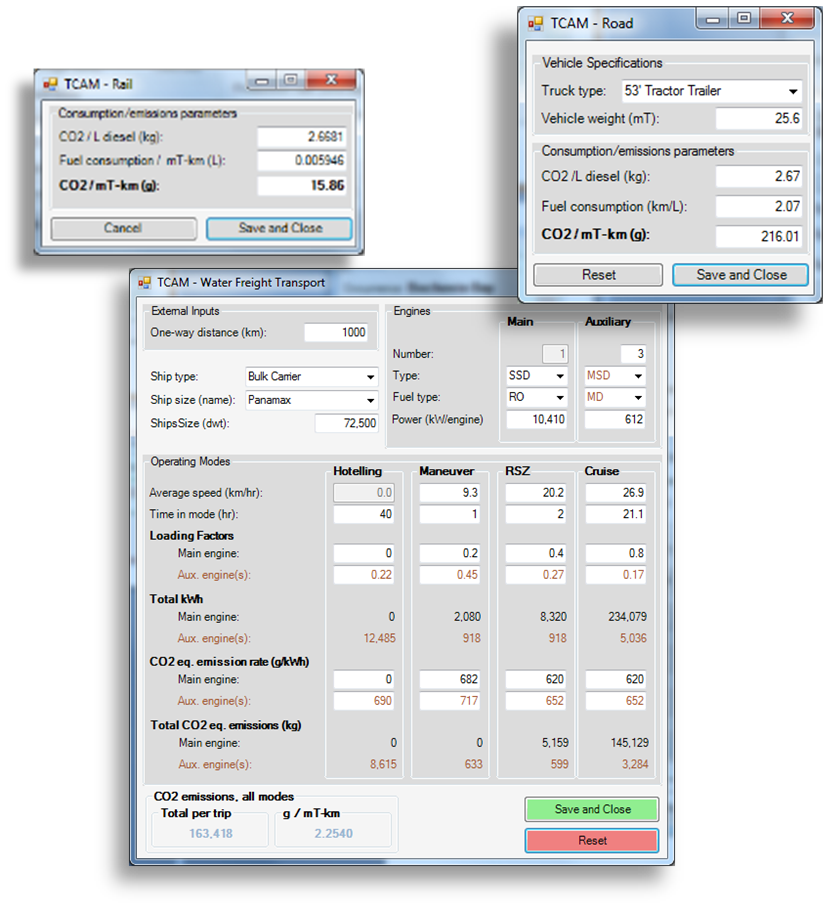 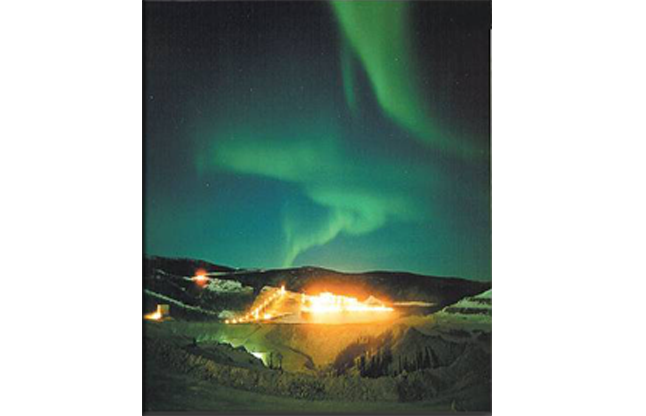 Above: The Fort Knox Gold mine near Fairbanks, AK the potential revenue impacts of developing new resources such as these will be easier to calculate with the MOREV tool. 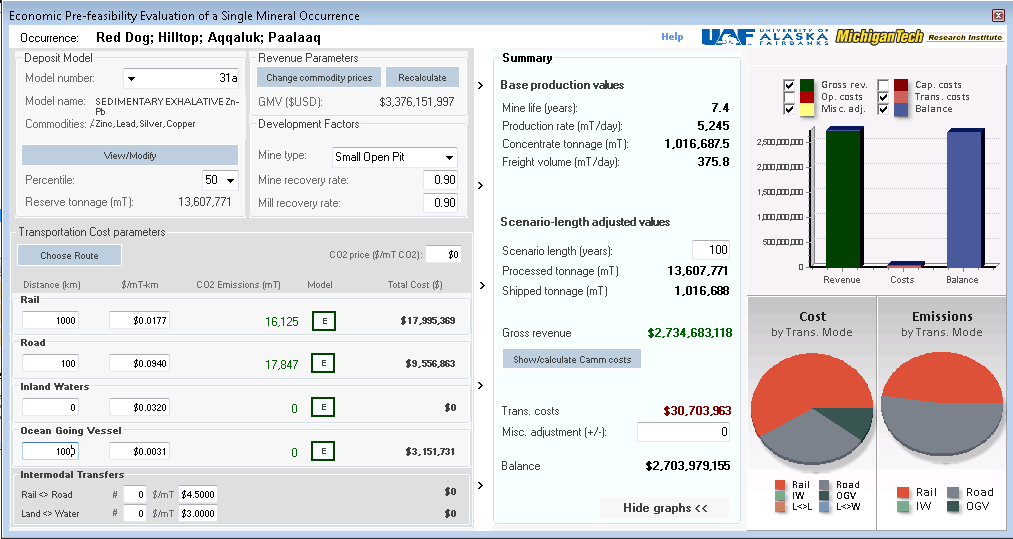 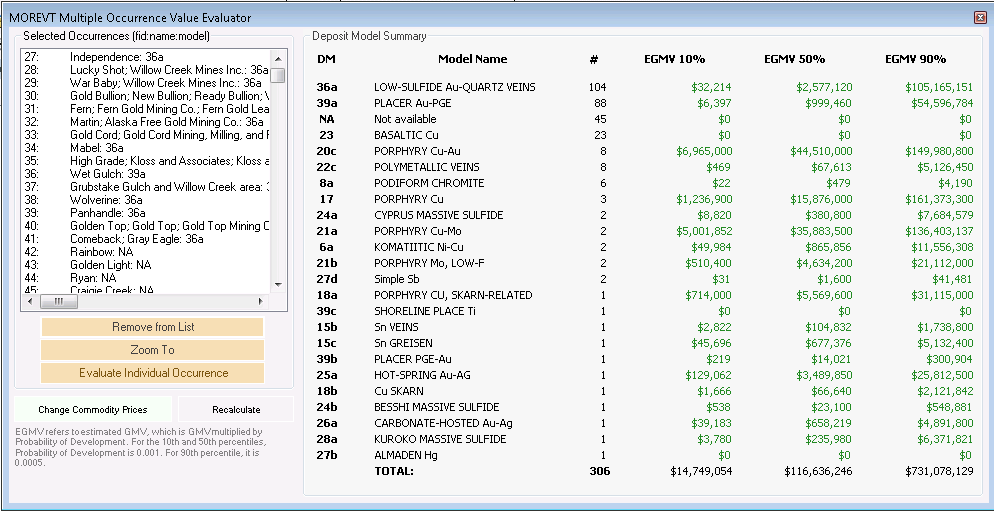 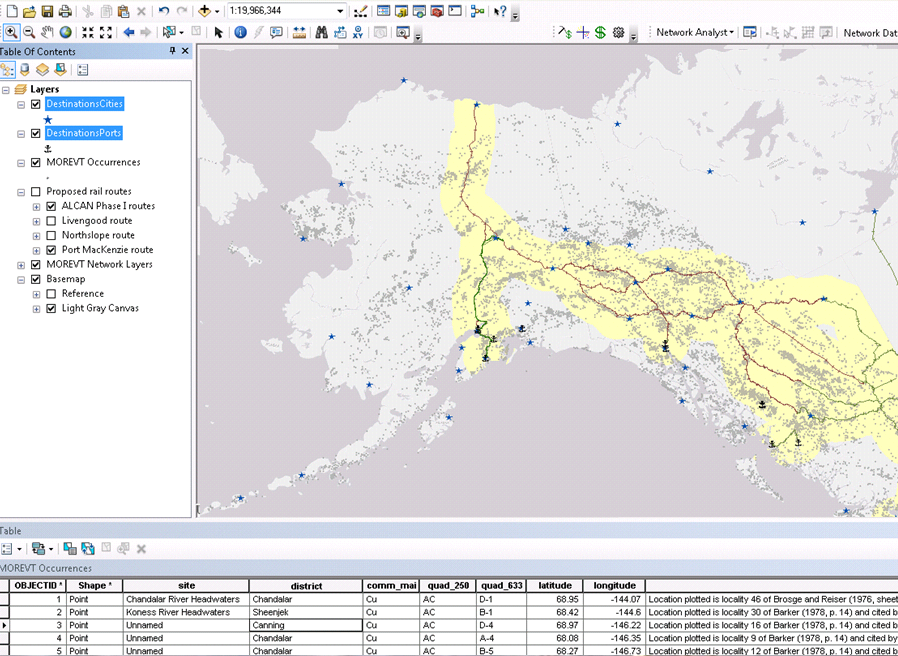 Above: The GIS interface to the MOREV tool, showing mineral deposit locations in Alaska, Yukon, and B.C. 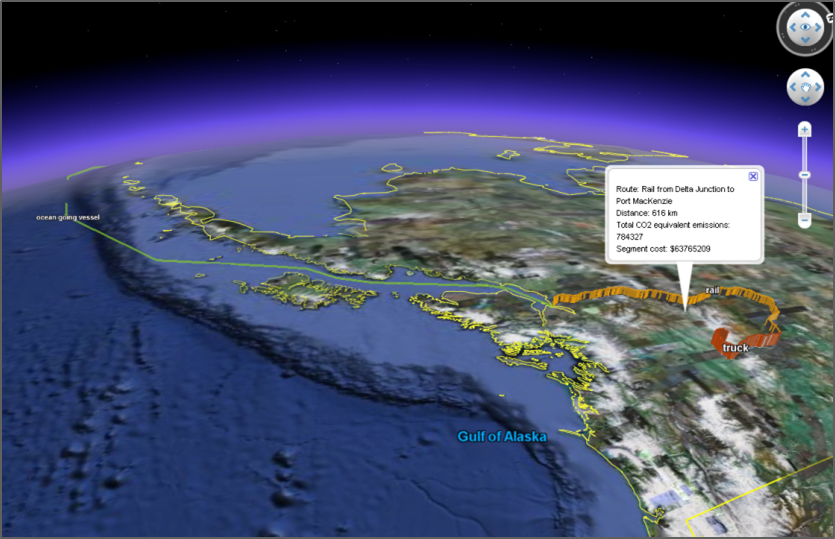 Above: An example of displaying a revenue & shipping scenario in Google Earth using the tool’s visualization capabilities.