Preventing future contamination of the Great Lakes is an important component of a healthy ecosystem and maintaining the benefits from recent Great Lakes restoration efforts. Area Contingency Plans (ACPs) and their associated Geographic Response Plans (GRPs) are site-specific documents designed to outline steps to be taken to protect ecologically, culturally and economically sensitive areas in the event of an oil or hazardous chemical spill. They are designed to improve the speed and efficiency of a response during the first few hours after a spill, when quick action on the part of first responders can keep a small spill from becoming much larger or limit the environmental and economic damage caused by the spill while a broader response is initiated. Existing GRP maps and tables are scans of paper documents or digital files published as.pdf documents. These files are not readily modifiable. The attribute data tables associated with the response maps are often separate from the response maps, increasing the difficulty visualizing the relationships between attribute and spatial data. 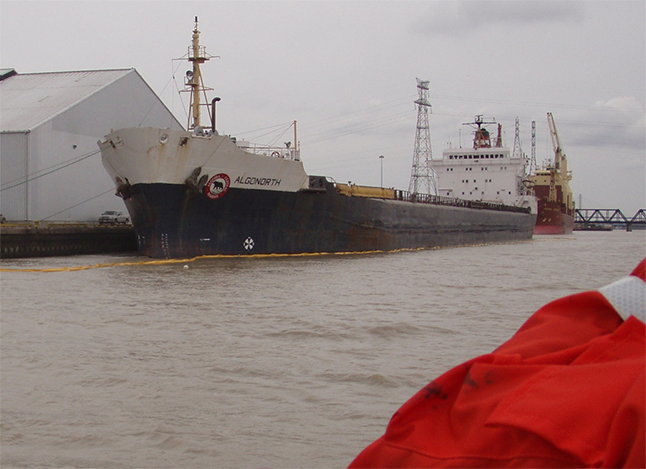 Spills do in fact occur in the Great Lakes

Above: On December 15, 2007 the M/V Algonorth punctured a fuel tank while departing the Midwest Marine Terminal in Toledo, OH. Approximately 3400 gallons of diesel fuel was spilled into the Maumee River. Photos courtesy US Coast Guard MSU Toledo.

The goal of this project was to develop a framework to systematically improve and update geospatially enabled geographic response plans, also known as protection strategies, to support the mission of the Western Lake Erie Area Committee. The flexibility of geographic information systems makes it practical for the Area Committee planners and interested agencies to develop multiple versions of a protection strategy and associated maps for sensitive areas along the Lake Erie shoreline based on, for instance, seasonal conditions or prevailing wind direction and strength. Geospatial technologies can simplify the task of maintaining and updating the protection strategy data and documents as well as making them easily available to responders and planners via digital or paper publishing and distribution methods. 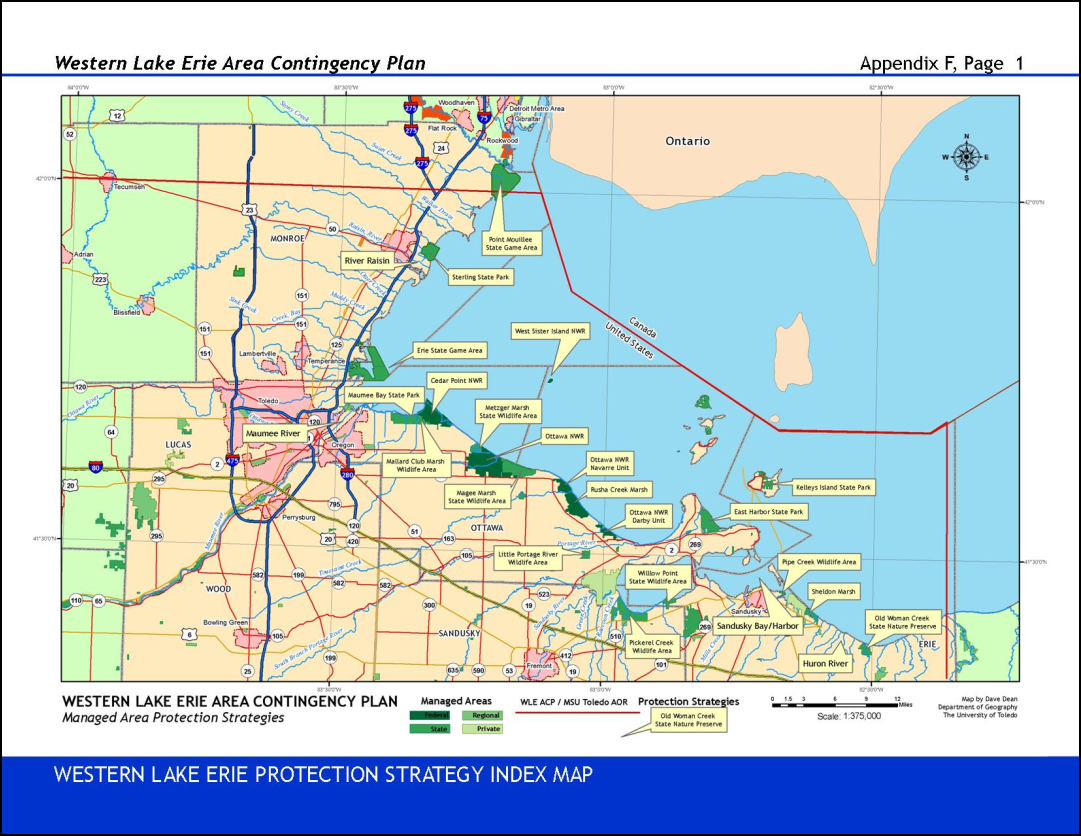