After a wildfire, Burned Area Emergency Response (BAER) Teams must rapidly assess the threat from post-fire erosion and runoff due to the removal of vegetation and litter layers. One of the first priorities of a BAER Team is to develop a burn severity map reflecting fire induced changes in vegetative cover and soil properties. These maps are typically generated from Landsat data. Burn severity, however is not the only factor to consider. Slope, climate, soils, vegetation and location are also important factors and can be best taken into consideration with the use of a physically-based model such as the Water Erosion Prediction Project (WEPP). Researchers at MTRI have created an online spatial database for the state of Colorado to support post-fire remediation through erosion modeling. Our new web site merges spatial model inputs with satellite derived burn severity maps. Modeling datasets can be prepared rapidly so that physically based erosion models can be used to plan and prioritize post-fire remediation. 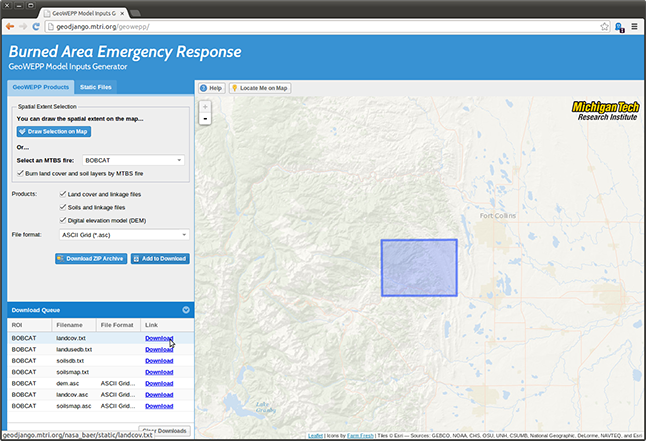 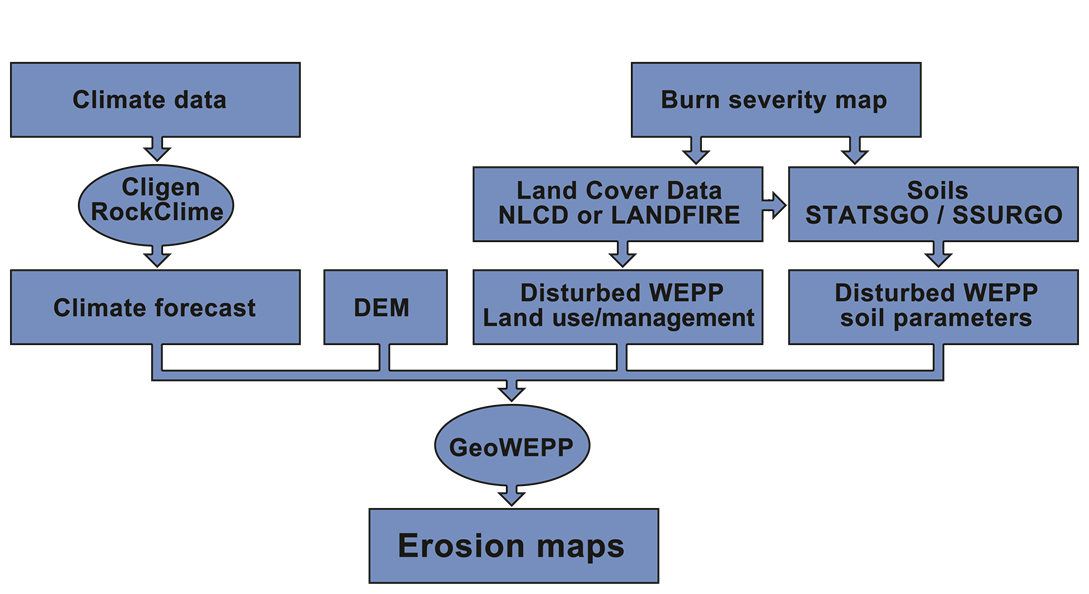 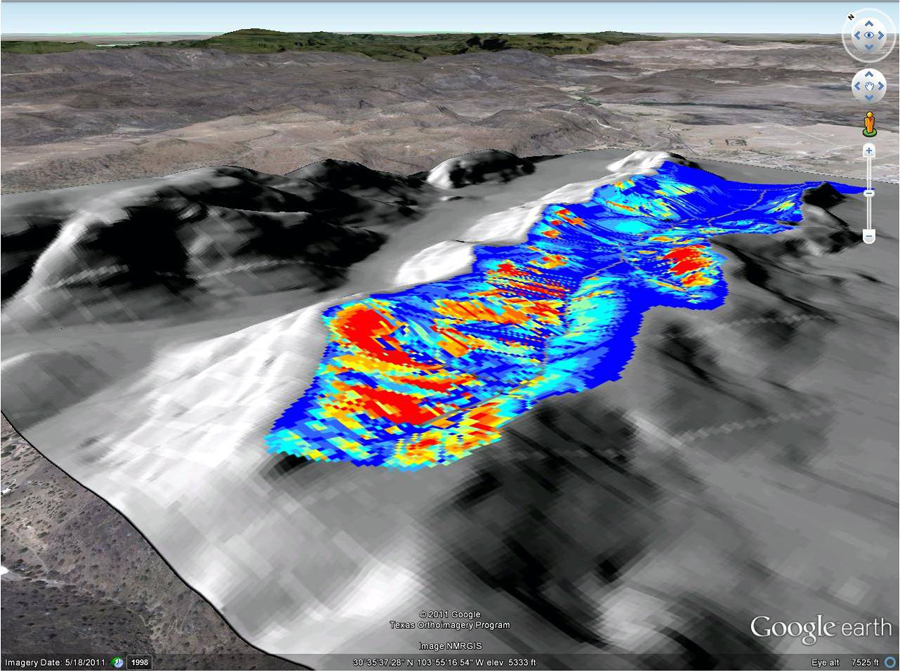 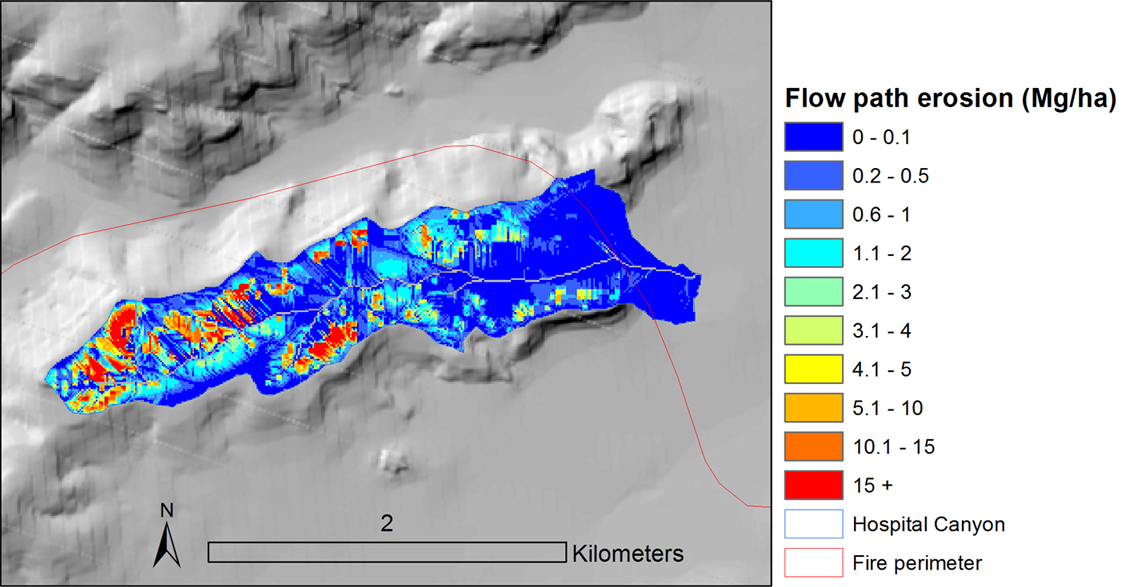 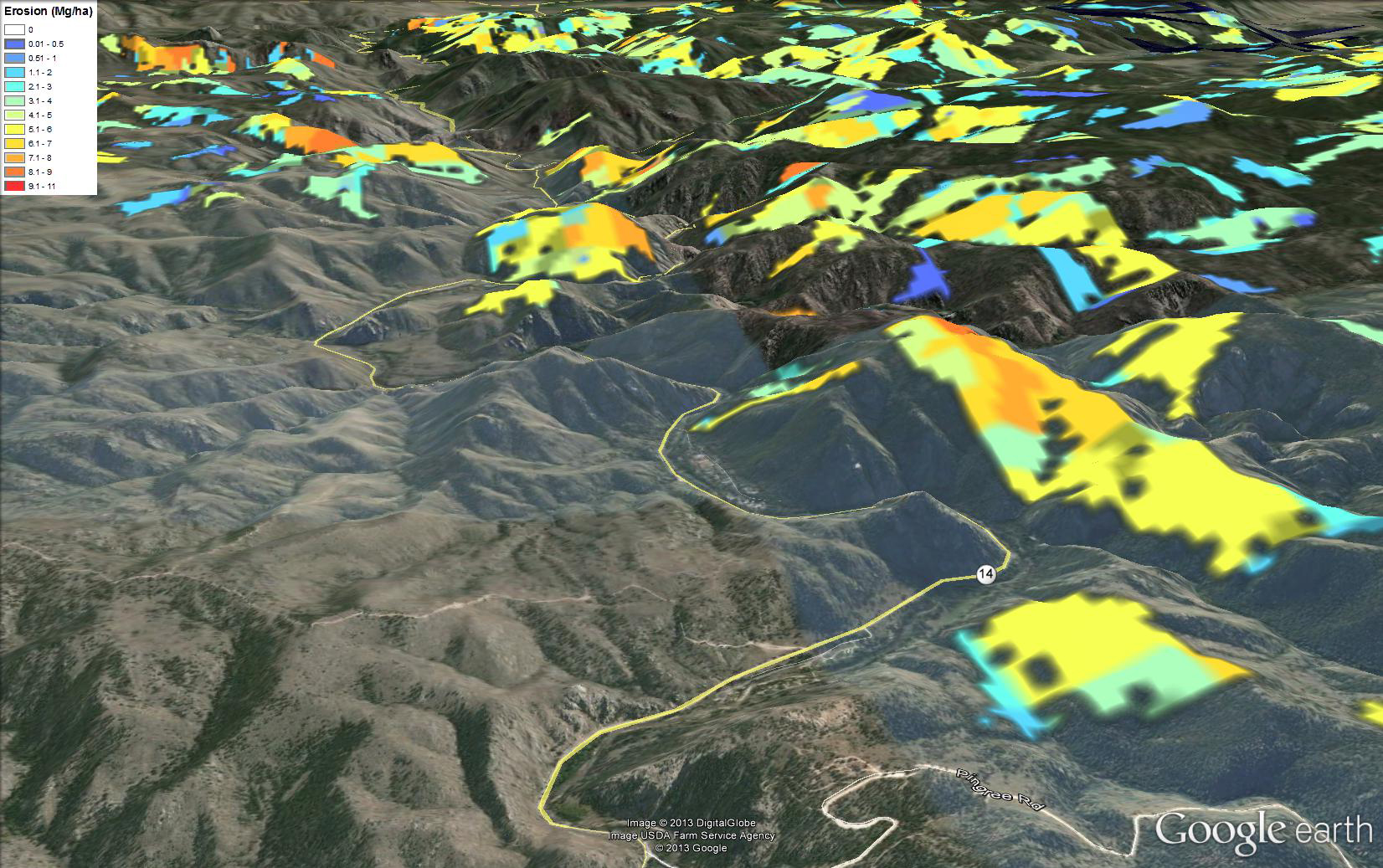 Post-fire erosion potential after the High Park Fire in Colorado.